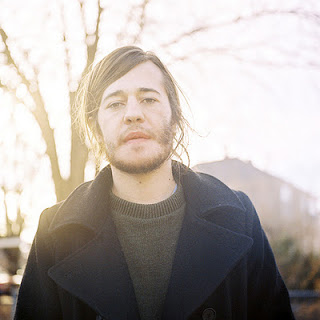 Fr. Jones shoots the breeze with Jesse Tabish of Other Lives about midwestern landscapes, meditative qualities, cinematic influences, and lending support to Radiohead on their 2012 tour.

FR:Â Tamer AnimalsÂ feels like a very meticulously crafted album. I did a little homework on it and there was a very lengthy recording process- fourteen months I think.
JT: Yea.


FR: How did this compare to the process of your debut? And is this method something you plan to embrace in future stuff?

JT: I think our first record was a great experience recording in that kind of environment. But after it was done I realized that, not to sound pig-headed or anything, to be our best as a band, we need enough time to see our ideas totally through. And I felt a strange disconnect with writing a song and it being recorded- and I felt like I was never a part of the actual recording. I wanted to have that experience. In Tamer Animals, the two became synonymous with each other. That was the main fundamental difference between the two records.

FR: The new record feels very epic but somehow appropriately intimate. Do you feel that your music is at all influenced by your Midwestern roots? And if so- how?

JT: I definitely think itâ€™s influenced- particularly two aspects. One- the pace of life. Oklahoma is very slow-paced, a very cheap place to live with a lot of time to work on music. And two- the landscape. We made a very conscious effort to write music for the Oklahoma landscape.


FR: Do the words â€œtamer animalsâ€ reference anything in particular?

JT: Yeah. Itâ€™s referencing humans. Us as a species basically- that in relationship to other species and the environment.


FR: This video that you have- â€œFor 12â€. Itâ€™s very awe-inspiring and pretty Kubrickian aâ€™la 2001. Can you tell us more about how this video came about?

JT: It wasnâ€™t necessarily our idea. A guy by the name of David approached us and he said he had this idea. And I really liked it. One- because Iâ€™m a huge fan of 2001. And also because it wasnâ€™t what youâ€™d expect from the song. It wasnâ€™t this epic western. But it still had some of the same sentiment from that and feeling. It had the meditative quality the song needed, but with a different spin- do you know what I mean?


FR: Absolutely. Your music is often described as â€œcinematicâ€. Do the panoramic nature of films influence the creative process of the band?

JT: Yea, definitely. I think 99% of music always starts out instrumentally. Sometimes writing music you have to paint the picture with movement and melody and colors that come from the instruments. So coming from that place, you need to make that part interesting first, then vocals come later. I think it has that quality where the music is moving equally and sometimes more than the vocals- which lends itself to that cinematic quality.

FR: Tamer Animals had a wider array of instruments than your debut. The first record seemed primarily based around piano and strings and this one features an all-star cast of instruments. What was the main reason you felt these additions were necessary?

JT: I had grown tired of writing primarily for piano and guitar. Also, I had grown tired of being limited to what we could do as a band. So we wanted to forego all that and be as idealistic as possible with each song. I wanted to approach it from the recording process to hash it out in a room to get each individual part.

FR: Out of those instruments, do you have a favorite?

JT: Iâ€™m really fond of the bass clarinet. It really takes up the same frequency as a cello or a mid-rangey piano. Itâ€™s kind of a physical instrument to record. But if done nicely, it has such a round quality. It hits your chest in a nice way when itâ€™s done right.

FR: You toured with Mates of State this year and Bon Iver. Now youâ€™ll be supporting Radiohead for the opening leg of their 2012 tour. Can you tell us anymore about how that gig came about?

JT: Iâ€™m not sure exactly how it came about. They came out to our show when we played in their hometown in Oxford. Itâ€™s something that, ten years ago when we started the band, we dreamed about and talked about. Kind of â€œwhat if that ever happened to usâ€- and the fact that itâ€™s happeningâ€¦ weâ€™re just so very lucky as a band to play with a band who has inspired us so much. Itâ€™s a great opportunity. I canâ€™t say enough about them.

FR: How do you feel the music of Other Lives translates to the live circuit? Do you have a favorite place to play?

JT: I prefer smaller clubs. I think itâ€™s best suited in that. We have a lot of instruments onstage and itâ€™s a very physical performance. I think also- I like to hear and feel those small rooms. You can hear whatâ€™s going out and you can see people. Itâ€™s a very intimate environment. The larger shows are great because youâ€™re playing in front of thousands of people and thatâ€™s fantastic. But personally, I always enjoy the smaller shows.

FR: Digressing a bit, music is currently available in a variety of mediums- CDs, digital downloads, vinyl of course, even the cassette tape is making a modest comeback. What is your favorite way to listen to music? And is there a particular medium you prefer your music to be heard in?

JT: I always prefer vinyl. I like the sound quality of course, but I like the patience of listening to vinyl. Sometimes with an mp3, you put it on and youâ€™re like doing other things and itâ€™s in your ear but other things are going on. With a vinyl, itâ€™s something more intimate. Thereâ€™s a record player there. Thereâ€™s physical interaction- I like that more. But as far as other people hearing us- I just want people to hear our music so however they want. If itâ€™s through their crappy computer speakers, thatâ€™s fine. I mean, preferably through good earphones. I totally contradicted myself. But you can hear the recording better that way.

JT: I donâ€™t know. As far as the music industry, Iâ€™m not sure. Iâ€™m not in tune enough with the music industry or care enough to be in tune. But as far as musicians and artists in the next ten years, I think youâ€™re going to see more self-producing and more self-recording. I think youâ€™ve started to see that already. Some really great records have been made in the last ten years with bands just going in and saying â€œYâ€™know whatâ€¦ I can do thisâ€ and â€œI know what's best- this is my artâ€. I think weâ€™ll see a different role for a producer. Youâ€™re already seeing bandâ€™s totally controlling what they do, musically and in the recording studio.

FR: Any advice for up-and-coming artists struggling to make it in the 21st century music industry?

JT: One- Iâ€™d say to not expect to get paid at first- and to be okay with it. Be okay with being broke for awhile. If you want to make money, go do something else. And two- work at it. I see a lot of bands worrying about all the other things- merch and touring and all that. And I agree that those are important things- but youâ€™ve got to spend time writing and thatâ€™s number one. Write, write, write. Because the rest of it is simple. The rest of it- you can read a book to figure out how to do the other stuff. Donâ€™t rush into trying to become successful soon because itâ€™s not about that. Itâ€™s a great thing when people become successful soon, but itâ€™s rare. Do it because youâ€™re an artist and thatâ€™s it.