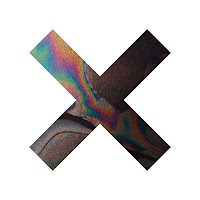 Whereas 2009’s debut album from The xx occasionally achieved a pristine level of echoed, cavernous intimacy- Coexist quickly recedes so far into itself, that subtlety is replaced by boredom.  All the pieces are in place for the London trio to further define their signature whisper-pop(?).  But with a frustrating tendency to ignore a basic pace in favor of showcasing redundant lyrical schmaltz (with banter that only knows two modes- coyness and a sense of thought-provocation about on the same level as a Keanu meme), most of these tracks wind up as puzzling dead ends.  It all adds up to an oddly premature “jump the shark” moment.

While admittedly I never quite drank the Kool-aid three years ago surrounding The xx, I did admire many components of their first album.  The intimate vocals between Romy Madley-Croft and Oliver Sim, the wirey and laconic guitar arrangements, the overall ethereal production, etc- these all added up to a delicate and entrancing debut experience found memorable by many.  Ironically enough, these exact same elements return for Coexist (albeit slightly more introverted).  Here The xx remain faithful to themselves, but to a fault.  And instead of "delicate", the experience feels largely muted as if the band is struggling to recapture the magic while simultaneously contracting their sound.  Occasionally, faint hints of a south London dubstep influence a’la Burial can be heard- most notably in tracks “Chained”, “Try”, and “Sunset” (Jamie Smith did mention earlier this year that the current record would be more club inspired).  But percussion remains largely a suggestion here instead of the necessary spine to support the album’s more amorphous tendencies.  The end result often leans dangerously close to self-parody most evident in Madley-Croft and Sims’ lyrical rapport- now front and center more than ever.  Once endearingly gentle and honest, these duets now seem hollow and self-aware (“Missing” in particular features a painful bridge).  That said, I readily acknowledge that Coexist is not a bad album (look no further than "Angels")- in fact, there is going to be a large contingent of people head over heels for this thing and that makes perfect sense.  But I will argue that Coexist is an album that insists on denying it’s own pulse- and this unfortunate trait renders it a misguided sophomore release from The xx.

Email ThisBlogThis!Share to TwitterShare to FacebookShare to Pinterest
Labels: Coexist, Review, The xx