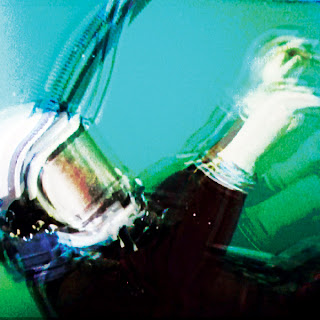 Undersea arrives just over a year after Burst Apart, The Antlers’ long-awaited followup to 2009’s Hospice.  Like it’s predecessor, Burst Apart was a concise statement- albeit not one quite as gutwrenching, but more of an attempt to re-establish a musical footing after an epic rollercoaster of emotion.  Hospice casted an imposing shadow and while Burst Apart was a lush, wonderfully produced record in it’s own right- it felt occasionally directionless and slight in comparison (or as slight as an album can be featuring songs about dying dogs and nightmarish teeth imagery).

Undersea, though, is pretty magical.  Downsizing to a four song EP, The Antlers have consolidated their vision while avoiding any tendency to meander. From Peter Silberman’s vocals to Darby Cicci’s aural textures, the band boasts a polished confidence that seems to indicate both growth and focus.  In many ways, this release is an incredibly successful compromise between Hospice’s conceptual angst and the dark velvety aesthetic of Burst Apart.  The Antlers have never been known for their sonic tidiness (more often than not, their previous catalogue bleeds at the seams rendering them a downright frustrating band to listen to on shuffle), but Undersea replaces that signature grandiosity with a newfound elegance.  As for the songs themselves- out of the four tracks, “Crest” is the obvious standout buffered by the wonderfully sprawling “Endless Ladder” and the elegaic “Zelda” with album opener “Drift Dive” slowly ushering the listener onto this rich, auditory experience.  And while The Antlers’ style doesn’t seem to lend itself to the EP treatment- clocking in at 22 minutes, Undersea is both complete and free, not to mention a flawless table-setter for whatever the band does next.