Columbia City Paper shoots the breeze with Zia McCabe of The Dandy Warhols about their new LP- This Machine, future disco albums, Veronica Mars, and of course- Lana Del Rey. 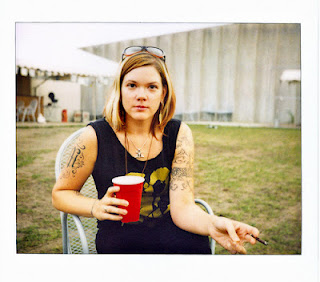 FR: So you guys are back with This Machine- in a music scene dominated by youth, how does it feel to be the elder statesman and does this have any effect on the sound of This Machine?

ZM: Well I prefer the term "Cougar" as opposed to "elder statesmen".  We've always said our crowd age made the span from 8-80 and now it seems truer than ever.  As far as effecting our sound for This Machine, um no.  No effect whatsoever.  We make music for ourselves first and foremost and once we're as happy as we can be with it and release it to the public, the more people that get something from it the better.


FR: Internet aside, what are the main differences between the young up-and-coming musicians of today and the ones that defined the era when the Dandy Warhols first became popular?

ZM: I guess the hugest difference is how much more DIY the industry is all around- from recording to distribution and promoting.  It's not about world domination anymore it's all about finding your niche audience and creating your own little scene.


FR: After 18 years, what approaches does the band take to keep things new and interesting?

ZM: Our approach has remained the same all this time.  We ask ourselves, "What isn't being done in music currently that we would l like to hear?"  What have we not experimented with that we would like to?  These are questions that stay the same but the answers are always changing.


FR: Speaking of the current scene, how has the revival of keyboard and synth music affected your role in the band?

ZM: Honestly we don't pay much attention to that stuff and really, if we're hearing keyboards everywhere- we aren't gonna feel like putting them all over our album right?  This Machine really doesn't have much in the way of synths.  I mean, I really only laid them down if I thought it was essential.  That doesn't mean I'm still not enthusiastic about some sort of disco album in the future, tracking layers of synth tracks sure is fun!


FR: How do you approach bringing the Dandy Warhols experience to a live setting?  Has that approach changed over the years?

ZM: No matter how a song of ours was recorded- when it comes time to make them work out live, we decide how best to get the essence of the song across with just the four of us.  It can be a challenge and some of the songs flat out don't work- but most times we're able to find an authentic way to present our music in the live fashion. Good times.

FR: What is your favorite song to perform live?


FR: What was the experience like working with the legendary Mark Knopfler on the last record?

ZM: In this day and age, people just email files.  Didn't even get to meet the guy.


FR: I have to ask.   Have you ever watched Veronica Mars and if so, do you have a favorite character? As if "We Used to Be Friends" wasn't super catchy enough- that television show really implanted it into your head.

ZM: Oh man, I did totally used to watch that show, but I can't remember any of the characters at the moment.  Great use of that song though huh?


FR: Music now is available in a variety of formats.  You have digital downloads, CDs, vinyl of course, and even cassette tapes are making a modest comeback.  What is your favorite listening format for music and on which do you think the Dandy Warhols sounds best?

ZM: Vinyl will always be my favorite, cassette can be pretty fun too.  CD is my least favorite.  I hate the plastic cases that break right away and the dumb discs scratch so easy!


FR: So the music scene has really gone sideways in the past ten years from Napster to iTunes to Spotify.  The way people listen to music has changed and we touched on that a bit already.  But where do you see the music scene going in the next ten years?

FR: What are your thoughts on Lana Del Rey?

ZM: I have no idea who that is.