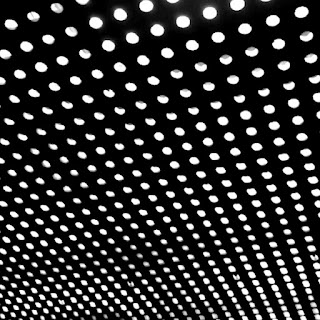 A generation primarily built on ironic defiance, the hipster uprising of the last decade has eluded true journalistic pigeonholing solely due to it's flexibility in the face of definition*.  While this self-aware adaptability has yielded new heights of both creativity and accelerated mania- by 2012, the scene itself more resembles the abrupt diversity of a 60-gig playlist on shuffle than the relevant paradigm it truly is.  Traditional continuity is increasingly rare these days mainly because reinvention and experimentation seem to be the calling card of artistic survival.  When a Playlist Mentality breeds a narrow attention span, it’s a huge risk to sound familiar- but it’s an even bigger gamble to sound like yourself, which is one reason why Beach House is such a refreshing act.  From their 2006 self-titled debut through 2010’s Teen Dream, the Baltimore duo of Victoria Legrand and Alex Scally have found new, polished ways to create the same ethereal sounds.  Whatever your opinion is on the fluttery dreampop of Beach House, Bloom, their fourth full-length album, will do little to sway that stance.  They may be the most reliable indie band in the business- and for that reason, it’s fun and ultimately very gratifying to welcome them back with open arms.

The release date for Bloom was announced last month and the feeling in the air seemed to dictate a sure-footed preparedness- as if people appreciated the early heads up as a means to systematically ready themselves for the album of the summer.  Somehow this occurred a.) without feeling the slightest bit anticlimactic but b.) while still seeming amazingly low-key in it’s inevitability.  Then Beach House released the first single from Bloom, “Myth”- a tune so lovely, so snowflakey, so Beach House- that it seemed to somehow render the album’s success even more of a foregone conclusion.  It's a wonderful song of dueling notes- reassuring both in terms of the band and music itself.  And along with M83’s “Midnight City”, it may be one of the most iconic flagship singles of the past five years.  As for Bloom itself- well, of course it’s pretty great.  A cornucopia of hypnotic synths, shimmering strings, and delicate fuzz, it plays like one, big auditory blanket leaving little doubt that it is the defining testament to the band's meticulous, atmospheric sound it aspires to be.  The ten-song tracklist even offers some competition for “Myth”- “Wild”, “Lazuli”, “The Hours”, and “Wishes” can all firmly stand up against the best Beach House output from albums past.  Victoria Legrand has also never sounded better as the heavenly production values from Teen Dream are in full force- although the intensity from that previous album is decidedly not.  This lack of weight is the only aspect of Bloom where it truly falls short.  Edginess is not something the new album strives for- in fact, it often feels so lush that you half expect it to spontaneously flutter away mid-listen.  These songs may fog up the mirror, yet they never threaten to break the glass- as it is, the album feels alarmingly slight at times.  And for this next phase of Beach House to be truly evolutionary, it probably needed a little more heft.  That doesn’t mean that Bloom is anything less than the lovely, divine offering it truly is (and this is ultimately a very small quibble that is taking up too much space)- but in order for each successive release to be as foregone as this one, here’s hoping that Beach House throws us a curveball next time, even if it ends up in the dirt.

Nobody ever said you weren't pretty, Beach House.  But damn.


*Sure, it's easy to cast a label by external appearance.  But this was a generation primarily defined by the music- and the music scene has developed into an accelerated smorgasbord of subgenres and bedroom sounds.  After all, who knows what's playing on the earbuds in 2012?