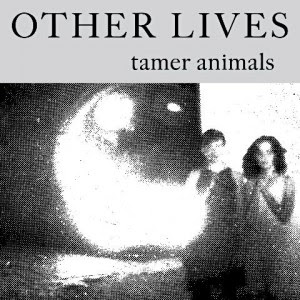 Tamer Animals, the sophomore album from Oklahoma quintet, Other Lives, is more than just the dreamy slice of atmospheric pop most are prepared for. If anything, itâ€™s the whole dream itself. Despite itâ€™s structure and execution being undoubtedly inspired by earlier artists of this ilk (most notably: Grizzly Bear, Fleet Foxes and Beach House), the albumâ€™s sweeping intensity is a characteristic all its own. Cinematic in scope, the songs here do not so much wallow in the influential niches of musical brethren. Instead, they encourage the listener to marvel in awe at the elegant precision of the world around them coinciding with the songs themselves. This precision should come as no surprise to those who followed the production schedule of Other Lives after the moderate success of their self-titled debut. Tamer Animalswas meticulously crafted over more than a year in a modest, midwestern studio where the band perfected each element of this vivid, pastoral epic. While the album occasionally threatens to wander into overt self-involvement, Other Lives never veer too far into pretentiousness- and this renders the experience all the more rich and organic.
Tamer Animals does not skimp on the harmonies- layers upon layers of orchestral sound glide through the proceedings as each track feeds into the whimsy from its predecessor. Aided and abetted by the lush, slightly distorted vocals of Jesse Tabish, a wide range of instruments is featured here with a variety of musicians pulling double-duty. Percussion, violins, cellos, piano, et cetera all contribute to the albumâ€™s majestic tone. Right from opener â€œDark Horseâ€, the listener is enveloped within this sonic journey and the grasp doesnâ€™t wane until at least the albumâ€™s midpoint. Admittedly, Tamer Animals can be an exhausting experience for the listener. The similar structural arrangements result in a hypnotic vibe yet the band never ceases to run out of different harmonies to hoist upon those tracks. This isn't to suggest the album necessarily falls flat in its midsection. However, it does reach its peak and comfortably plateaus after the meteoric rise of its opening five songs (â€œDesertâ€ is a wonderful second-half highlight). Nevertheless, this is one hell of an achievement for any band. Intimately grounded in reality while grandiose in scope, Tamer Animals is beyond fulfilling and a high benchmark for Other Lives.
- Fr. Jones