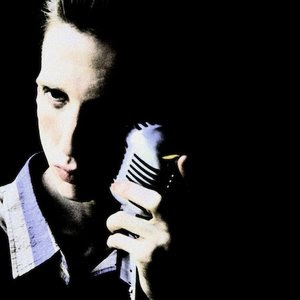 With Parallax, Atlas Sound becomes quite more than the side project of Deerhunterâ€™s Bradford Cox- it is arguably now the artistâ€™s main event. Not to take away from Coxâ€™s earlier solo accomplishments- both 2008â€™s Let the Blind Lead Those Who Can See But Cannot Feel and 2010â€™s Logos were outstanding exercises in cozy, experimental bedroom-electronica. A more robust version of Atlas Sound is on display here though. Shedding all sonic traces of the heroin-addled My Bloody Valentine that characterized his previous work, Parallax effectively bridges the gap between intimacy and breadth that rendered the earlier records just this side of alienating. While the development is striking, it is not altogether unexpected. Here, Cox offers a full-blooded embrace of the subtle, soulful tendencies hinted throughout his solo work. Atlas Sound has never seemed quite so independent and self-sustainable. And for that reason, it sounds completely fresh.

Beginning with â€œThe Shakesâ€, Parallax establishes a definitive pulse for itâ€™s twelve song tracklist via an affinity for the 21st century post-rockabilly croon. It is here where the past and more ghostly inclinations of Atlas Sound mold comfortably with the present. Parallax exhibits no reservations for creepiness, but the spirit is more alive here than itâ€™s ever been- therefore, songs like â€œTe Amoâ€ and â€œMy Angel is Brokenâ€ are able to evolve beyond whimsical afterthoughts, hitting harder and more directly. Whereas Let the Blind and Logos seemingly embodied a whispered secret and its subsequent trust, Parallax outs itself as the truth within. It is a credit to Cox that this record maintains the trademark mystique of Atlas Sound, while still emphasizing the clarity of the music itself. And for these reasons, Parallax feels endlessly mesmerizing- Atlas Sound is finally alive and breathing, unsure of where to go next.